Demon Slayer is one of the most popular anime in the world right now. Unfortunately the anime is currently on standby waiting for the release of season 3. During this break you should watch another anime just as good as Demon Slayer. Here is our list of the top 10 anime to watch if you like Demon Slayer.

It’s the Taisho Period in Japan. Tanjiro is a kind-hearted boy who makes charcoal to make a living. However, his family is killed by a demon. Even worse, Tanjiro’s younger sister Nezuko has been turned into a demon by the demon. This grim reality leaves Tanjiro devastated. He vows to become a “demon-slayer” in order to turn his sister into a human and kill the demon who massacred his family.

May Also Like : Hashira Demon Slayer : Everything You Need To Know

“To get something, you must lose something of equal value.”

This Law of Equivalent Exchange is a binding law on alchemy. Alphonse and Edward Elric, the brothers, only realized this after trying human transmutation. It is the one prohibited act of alchemy. They pay a terrible price for their transgression–Edward loses his left leg, Alphonse his physical body. Only through the sacrifice of Edward’s right hand, Alphonse is able to attach his soul to an armor suit. Edward, alone and devastated, hopes that they will both return to their original bodies.

See also
DAKI DEMON SLAYER : Everything You Need To Know

After three years of searching, the brothers finally find the Philosopher’s stone, a mythical relic that allows alchemists to defeat the Law of Equivalent Exchange. The brothers are surrounded by military allies Lieutenant Riza Hawkeye and Colonel Roy Mustang. They also have Lieutenant Colonel Maes Hopkins as their support. However, they find themselves in a national conspiracy that not only leads them to the truth of the mysterious Philosopher’s Stone but also the dark history of their country. Between racing against the clock and finding a serial killer, Edward and Alphonse have to ask themselves if their actions will make them more human or destroy their humanity.

The Blue Exorcist is in modern-day, where there is a secret academy which teaches teenagers how to control demons. Rin is considered the son of devil and is treated as a second-class citizen despite his desire to kill demons.

Will he give in to the devil’s power or will he be the hero that he hopes everyone sees him as? Blue Exorcist is Harry Potter and Demon Slayer, as far as the themes are concerned.

With the appearance of a mysterious virus that kills everyone above the age of 13, mankind becomes enslaved by previously hidden, power-hungry vampires who emerge in order to subjugate society with the promise of protecting the survivors, in exchange for donations of their blood.

Among these survivors are Yuuichirou and Mikaela Hyakuya, two young boys who are taken captive from an orphanage, along with other children whom they consider family. Discontent with being treated like livestock under the vampires’ cruel reign, Mikaela hatches a rebellious escape plan that is ultimately doomed to fail. The only survivor to come out on the other side is Yuuichirou, who is found by the Moon Demon Company, a military unit dedicated to exterminating the vampires in Japan.

Many years later, now a member of the Japanese Imperial Demon Army, Yuuichirou is determined to take revenge on the creatures that slaughtered his family, but at what cost?Owari no Seraph is a post-apocalyptic supernatural shounen anime that follows a young man’s search for retribution, all the while battling for friendship and loyalty against seemingly impossible odds.

See also
RUI DEMON SLAYER : Everything You Need To Know

In Japan’s Warring States period, Lord Daigo Kagemitsu makes a pact with 12 demons, exchanging his unborn son for the prosperity of his lands. The child is born malformed and is set adrift in a river, while Kagemitsu’s lands thrive as promised. Years later, young thief Dororo encounters the mysterious “Hyakkimaru”, a boy whose arms are blades and whose visionless eyes seem able to see monsters.

In all honesty, the Fate series does not have all that much in common with Demon Slayer, outside of the fact that they are both action anime made by ufotable. Narratively, Fate/Zero and Fate/stay night revolve around the Holy Grail War, a battle royale where mages summon heroes from history to fight until only one is left standing. The shows are brutal, complex, and ambiguous in the presentation of most of their characters.

Despite not sharing much common ground when it comes to story or plot, Demon Slayer and Fate are ideal companion pieces as they both showcase ufotable’s near unparalleled talent for animating visceral and smooth action sequences.

5. Kabaneri Of The Iron Fortress

Kabaneri of the Iron Fortress is set in a steampunk era of Japan wherein the land has been taken over by zombie-like creatures.

Parts of humanity are set up in walled cities while others travel the world in armorers trains. It’s a short one-season anime with one film as of now that wraps up a good portion of the story. If there is more, great, but if not it ends on a decent note.

If someone is not sure where to start with these recommendations, they should look no further than Ninja Scroll. This ’90s anime movie chronicles Kibagami Jubei’s violent battles against eight ninjas with monstrous and powerful abilities. Ninja Scroll is not for young viewers, but Demon Slayer fans searching for something a bit more mature are likely to have a blast with this classic film. Ninja Scroll’s action holds up incredibly well.

The movie received a sequel anime series in the early 2000s that is fine but nothing more than that. However, it is worth watching for those desperate to spend more time in this universe.

Inuyasha might have served as some sort of inspiration for Demon Slayer, as they are both about slaying demons. It’s set in both the present and the past, with the past segments taking place in the golden age of Japan.

It’s an Isekai wherein a young girl, Kagome, falls into a well which transports her back to the past. Japan is overrun with demons and only Kagome and her half-demon love interest, Inuyasha, can save the day. It’s an absolute anime classic.

Soul Eater is set in a fantasy world of monster hunters who are all training to be reapers at a special academy. Every student is paired with an anthropomorphic weapon that can change back and forth at will.

For example, protagonist Maka is partnered with Soul Evans who can turn into a scythe. It kind of feels like an anime Tim Burton would create as there is a very spooky and Halloween-like aesthetic to everything.

See also
MUZAN KIBUTSUJI : Everything You Need To Know

Yuji Itadori is a boy with tremendous physical strength, though he lives a completely ordinary high school life. One day, to save a classmate who has been attacked by curses, he eats the finger of Ryomen Sukuna, taking the curse into his own soul. From then on, he shares one body with Ryomen Sukuna. Guided by the most powerful of sorcerers, Satoru Gojo, Itadori is admitted to Tokyo Jujutsu High School, an organization that fights the curses… and thus begins the heroic tale of a boy who became a curse to exorcise a curse, a life from which he could never turn back.

Our list isn’t the only. There is a lot of opinion about best anime similar to Demon Slayer. Here is a youtube who gives another lists, there some animes that appear in both lists. 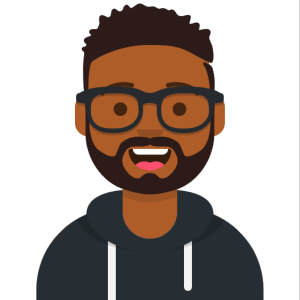 Hey, I'm MisterAl, an inveterate anime and manga fan and computer engineer. I express myself in my writings such as poems, stories, articles and many others... But here you are dealing with the me who blogs when he is free. I hope you like my writings, sorry for my "not very correct" English. And yes I look a bit like my profile picture.
Subscribe
Login
0 Comments
Inline Feedbacks
View all comments While Naruto is a beloved series, many fans could benefit from other shows with the same flair. There is a lot of anime that can ‘No Game No Life’ is the story of master-gamers Soro and Shiro who get caught up in an alternate reality. If you’ve watched it and loved Do you know the Monogatari’s series ? or particularly Bakemonogatari ? Here is a list of 15 anime like Bakemonogatari. Hope you will enjoyed these There are many beautiful and heartwarming animated series like Wolf Children and we have compiled a list that will amaze you. Let’s go for the Jujutsu Kaisen has taken the anime community by storm thanks to its great cast and engaging premise. Fans should look into the following list to Now let’s go for the Top 10 anime like Psycho Pass. There is a lot of people who love psycho pass. So we want to Many movies, like Spirited Away have a similar theme: self-discovery with a focus on friendship and love. So why not get a list of the There is a multitude of anime in this world. Among those, there are really long anime (100+ episodes). Although they are long and require a